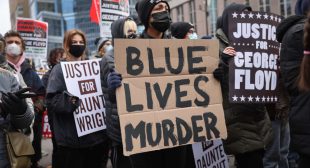 On April 27, the International Commission of Inquiry on Systemic Racist Police Violence Against People of African Descent in the United States issued its long-awaited report on the U.S.’s police-perpetrated racist violence. The Commissioners concluded that the systematic police killings of Black people in the U.S. constitutes a prima facie case of crimes against humanity and they asked the prosecutor of the International Criminal Court (ICC) to initiate an investigation of responsible police officials.