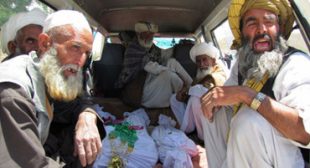 A NATO airstrike in the eastern Afghan province of Logar has killed 17 people, including women and children, local officials report. A NATO spokesperson said a team had been deployed to investigate the claims of civilian casualties.

Afghan authorities say the pre-dawn attack aimed at militants in the area hit a wedding. An AP photographer at the scene reported seein