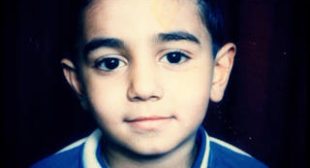 Trump’s pardon of four former Blackwater contractors convicted for their role in a massacre in Baghdad has sparked outrage in Iraq. The Blackwater guards include Nicholas Slatten, who was sentenced to life in prison after being convicted of first-degree murder for his role in the 2007 Nisoor Square massacre, when he and other Blackwater mercenaries opened fire with machine guns and grenades on a crowded public space in Baghdad, killing 17 unarmed civilians, including women and children. The youngest victim was a 9-year-old named Ali Kinani. We re-broadcast clips from a short documentary