Children, US Soldiers Among Casualties in Explosions Outside Kabul Airport 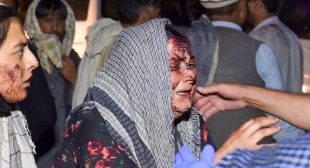 Children, adult civilians, and U.S. military personnel were among those reportedly killed or wounded Thursday in a pair of explosions near Kabul’s international airport, the site of a chaotic evacuation effort that the Biden administration is aiming to complete by early next week.

It’s not yet clear who or what caused the blasts, which are believed to have killed dozens of people. According to a Kabul-based New York Times reporter, at least 40 were killed by the explosions and over 100 more were injured, with many in critical condition.