When It Comes to Expanding the US Oil Empire, Expect Chaos in Ukraine and Nigeria 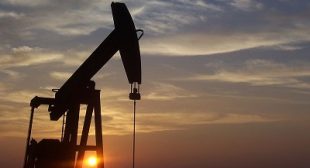 In addition to South America, the Middle East and Africa, the US is also a new target for oil and gas drilling. With increased production, Americans have become the victims of Obama’s “energy independence” agenda, which has produced an unprecedented number of oil and gas disasters that have poisoned our oceans, our rivers, our water supplies, and our agricultural lands due to gross negligence and a lack of regulatory oversight.

If US oil-gas companies have admitted to having former military psychological operations, or PSYOPs, specialists to counter opponents of drilling in the United States, you can be sure that they’re applying the same techniques extensively in foreign oil-regions.