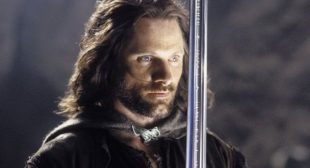 Actor Viggo Mortensen slammed Spain’s far-right Vox party for using a picture of his character in “The Lord of the Rings,” Aragorn to depict the party’s anti-progressive stand.

“One must be quite ignorant to think that the use of the character of Aragon to promote the electoral campaign of a xenophobic party of the extreme right as Vox would be a good idea,” Mortensen wrote in a letter published by El Pais Tuesday.