US alerted Israel, NATO to disease outbreak in China in November — TV report 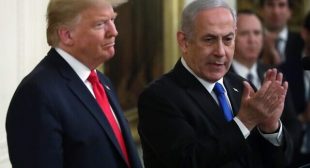 White House was reportedly not interested in the intel, but it was passed onto NATO, IDF; when it reached Israel’s Health Ministry, ‘nothing was done’

According to Channel 12 news, the US intelligence community became aware of the emerging disease in Wuhan in the second week of that month and drew up a classified document.