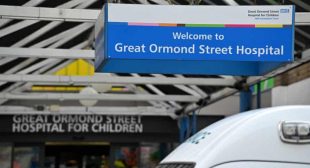 Exclusive: 75% of children worst affected by paediatric inflammatory multi-system syndrome are BAMEUp to 100 children a week are being hospitalised with a rare disease that can emerge weeks after Covid-19, leaving them in intensive care, doctors have said.

In a phenomenon that is worrying paediatricians, 75% of the children worst affected by paediatric inflammatory multi-system syndrome (PIMS) were black, Asian or ethnic minority (BAME). Almost four out of five children were previously healthy, according to an unpublished snapshot of cases.

When PIMS emerged in the first wave of the pandemic, it caused confusion among doctors, concern among NHS bosses and alarm among parents. It was initially thought to be Kawasaki disease, a rare condition that mainly affects babies and infants. But PIMS has been recognised as a separate, novel post-viral syndrome that one in 5,000 children get about a month after having Covid, regardless of whether they had symptoms.