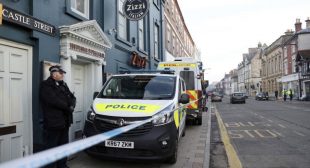 “We were able to identify it as novichok, to identify that it was military-grade nerve agent,” Aitkenhead said. “We have not identified the precise source, but we have provided the scientific info to government who have then used a number of other sources to piece together the conclusions you have come to.”

The chief scientist said that establishing the Novichok’s origin required “other inputs,” some of which are intelligence based and which only the government has access to.

Oh good, at least Europe did not expel most Russian diplomats based on a Colin Powellesque assumption that since Russia is the only possible source of Novichok, so it must be. Oh wait…