This is What Being Asian in America is Really Like 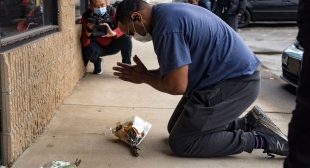 As I grew up, my parents — proud South Asians — took me for an “IQ” test. They hoped I could join the “gifted program” at school. This was after I’d rebelled at several private schools. Lucky them — unlucky me. I scored well enough to get in. Don’t think that’s some kind of wonderful thing, though. As I was soon to find out, it was an accelerated transition to the reality of American life.
Being “gifted” meant, simply, that I was supposed to act the way my teachers wanted me to, but harder, better, faster, stronger to paraphrase a certain French duo. I was to be ruthless, selfish, competitive, unfeeling, brutal, relentless — even more so than the poor average kid, who might get a break from all this. Me and the other “gifted” kids were pitted against each other in stupid, stupid games every day of our lives — to teach us the value of aggression and hostility.