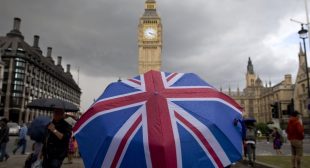 There used to be a time when Britain’s opinion mattered as much as that of the United States or Europe. The US, for all the jaw-dropping buffoonery with Donald Trump as president, remains the dominant superpower, and the European Union is still a combined force to be reckoned with. But Britain?
It’s worth keeping this in mind to understand why it was a mistake for Hong Kong – whether on its overzealous own or at Beijing’s behest – to deny entry to British activist Benedict Rogers.
Hardly anyone in this city had even heard of him until now. If he had been allowed in without a fuss, Rogers would have met the usual suspects among our colonially hung-up cohorts of self-styled “dissidents”, made the obligatory bleating sounds about not giving up the fight for democracy, and left with barely a ripple in his wake.
Instead, we’ve made a totally unnecessary mini-martyr of him now, and everyone’s asking if it will be former governor Chris Patten’s turn to be sent back when he visits Hong Kong next.