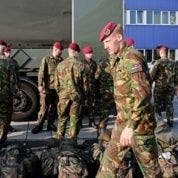 When you think of Western capitalism and imperialism, what usually comes to mind are aggressive superpowers such as the U.S., the U.K., France, Germany and so forth. Northern European nations such as Norway, Denmark, Finland, and Sweden, on the other hand, are seen as good-natured and insular, often used as examples of the way governments around the world should treat their citizens.

In the 2016 presidential debates, Bernie Sanders pointed to them as model nations that the U.S. should “learn” from. But a close examination of the region will demonstrate that Scandinavia largely maintains itself through violent imperialist policies just like other Western nations.