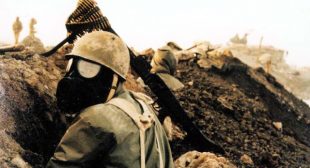 Since the beginning of 2013, Syrian troops had begun an irreversible push to take back territory overrun by foreign-backed militants, including along Syria’s borders with Lebanon and Jordan. Today, cities long lost to these militants once again have the Syrian flag waving above them, their people liberated, and the deadly toll of occupation finally being tallied before the global public.

The strategic turn in Syria’s favor was noted by geopolitical analysts long before the Damascus chemical weapons attack in the summer of 2013. When Western nations used “desperation” as a motive for the attack, which they squarely blamed on the Syrian government, those watching Syria’s systematic victories against the West’s proxy militants immediately suspected a false flag attack – one that was carried out by either the West, or one of its regional collaborators.