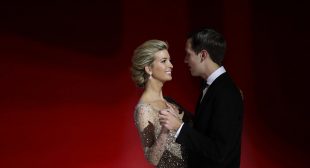 Daughter Ivanka and son-in-law Jared Kushner were reportedly behind US President Donald Trump’s decision to uphold the previous administration’s workplace protections against discrimination based on gender or sexuality.

Early this week, the White House issued a surprise statement saying, “President Donald J. Trump is determined to protect the rights of all Americans, including the LGBTQ community,” and that “[t]he executive order signed in 2014, which protects employees from anti-LGBTQ workplace discrimination while working for federal contractors, will remain intact at the direction of President Donald J. Trump.”