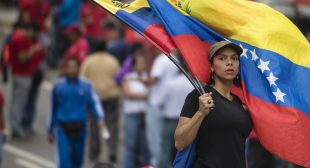 In January 2019 the US and its allies ceased to recognize Maduro as Venezuela’s legitimate president after then National Assembly leader Juan Guaidó, who had never run for national office, “announced he was willing to serve as interim president.” Guaidó’s coup attempts are euphemistically described as “high-profile but ultimately unsuccessful efforts to encourage security forces to abandon Maduro.”