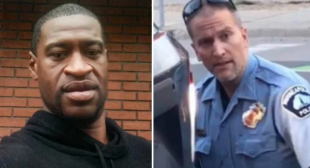 On Tuesday, after 11 hours of deliberation, the jury in the trial of Derek Chauvin found him guilty on all charges in the murder of George Floyd, a man whose death sparked a massive wave of protests in the summer of 2020.

The verdict had been highly anticipated around the country as the trial carried on. Chauvin’s attorneys tried to argue that it was reasonable to doubt whether their client had murdered Floyd, suggesting that his health condition and drug use contributed to his death in police custody. However, the prosecution argued that expert testimony, video, and common sense conclusively demonstrated that Chauvin’s decision to kneel on Floyd’s neck for more than nine minutes directly led to his death.