California man charged with killing his children claimed he was enlightened by QAnon, FBI says 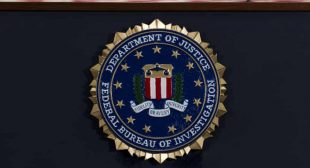 A California surfing school owner has been charged with killing his two young children after driving them from their home in Santa Barbara to Mexico.

During an interview with the FBI, Matthew Taylor Coleman confessed that he had taken his two-year-old son and 10-month-old daughter to Rosarito, Mexico, where he shot a “spear fishing gun” into their chests, according to an affidavit filed by an FBI agent with the criminal complaint.

The 40-year-old said that “he was enlightened by QAnon and Illuminati conspiracy theories”, according to the affidavit, and that he “believed his children were going to grow into monsters so he had to kill them”.