Boy, 11, referred to Prevent for wanting to give “alms to the oppressed” 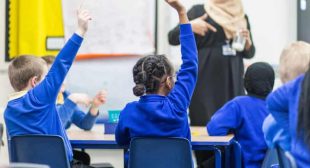 An 11-year-old primary school pupil was referred to the government’s controversial counter-radicalisation Prevent programme after a teacher mistook the word “alms” for “arms” during a classroom discussion.

The boy’s teacher asked what pupils would do if they found themselves in possession of a lot of money. According to a legal challenge against the school lodged by the boy’s parents, he said he would “give alms to the oppressed”. The teacher interpreted this as “give arms to the oppressed” and made the Prevent referral.