AP, in Leaked Memos, Doing Damage Control With Staff: “You Will Have a Voice” 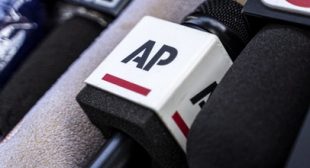 AP sent a memo to the news agency’s editorial staff this weekend about its controversial decision to fire a young staff reporter, Emily Wilder, following a conservative campaign to have her removed over her college activism regarding Israel-Palestine. The memo, obtained by The Intercept, assured staffers that “we hear you” and “you will have a voice,” then goes on to stand by the decision. “We did not make it lightly,” the memo notes. Signed by 10 senior executives, one signature is conspicuously absent: AP’s Executive Editor Sally Buzbee.

On Monday, Buzbee insisted to NPR that she had no involvement in the decision, saying that she had already handed over day-to-day operations after accepting a new job at the Washington Post. Buzbee’s first day as the Post’s executive editor will be June 1.