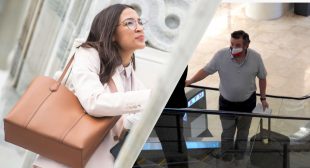 While Sen. Ted Cruz (R-Texas) was dealing with an embarrassing public relations disaster of his own making — flying to Cancún, Mexico, with his family while his home state was reeling from blackouts and water shutdowns amid frigid temperatures — his political adversary Rep. Alexandria Ocasio-Cortez (D-New York) was spearheading an effort to raise funds for those in dire need.

Ocasio-Cortez announced on Thursday that she was raising money for five nonprofit groups in Texas, including food banks, organizations that provide aid to aging Texans, and organizations that focus on helping homeless populations. Within hours, the Democratic congresswoman announced that donations had surpassed $1 million.