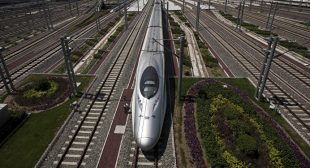 The Moscow-Kazan railway to be built with Chinese help will have trains running at speeds up to 400 kilometers an hour, Chinese media reported. Wang Mengshu, an expert on high-speed railroads, told Sputnik that the new rail line will cut the current journey time between Moscow and Beijing from seven days to just 24 hours.