Science Deniers Are Freaking Out About “Cosmos” 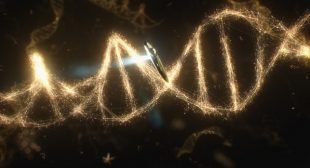 If you think the first episode of the new Fox Cosmos series was controversial (with its relatively minor mentions of climate change, evolution, and the Big Bang), Sunday night’s show threw down the gauntlet. Pretty much the entire episode was devoted to the topic of evolution, and the vast profusion of evidence (especially genetic evidence) showing that it is indeed the explanation behind all life on Earth.

At one point, host Neil deGrasse Tyson stated it as plainly as you possibly can: “The theory of evolution, like the theory of gravity, is a scientific fact.”

Not surprisingly, those who deny the theory of evolution were not happy with this. Indeed, the science denial crowd hasn’t been happy with Cosmos in general. Here are some principal lines of attack: