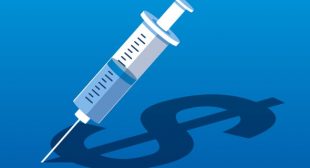 The vaccines made by Pfizer and Moderna, which are likely to be the first to win FDA approval, in particular rely heavily on two fundamental discoveries that emerged from federally funded research: the viral protein designed by Graham and his colleagues, and the concept of RNA modification, first developed by Drew Weissman and Katalin Karikó at the University of Pennsylvania. In fact, Moderna’s founders in 2010 named the company after this concept: “Modified” + “RNA” = Moderna, according to co-founder Robert Langer.

“This is the people’s vaccine,” said corporate critic Peter Maybarduk, director of Public Citizen’s Access to Medicines program. “Federal scientists helped invent it and taxpayers are funding its development. … It should belong to humanity.”