New study has a theory for why we haven’t found aliens yet, and it makes a whole lot of sense 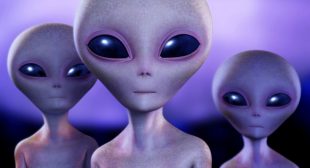 Mankind has been gazing into space for some time now, but scientists still haven’t found any evidence that intelligent life exists in our neck of the cosmic woods. The universe is, of course, huge, so we normally just assume that our inability to detect alien civilizations is due to the fact that they’re just too far away. A new report by researchers at the University of Cadiz in Spain suggests that maybe that’s not actually the case, pointing to a very different possibility: we’re simply blind to their existence.

Human scientist have an unfortunate tendency to look for alien civilizations that are, well, human-like. This preconceived notion that life as we know exists elsewhere could be hampering our ability to detect alien life hiding in plain sight, the study explains.