Yet Another Major Russia Story Falls Apart. Is Skepticism Permissible Yet? 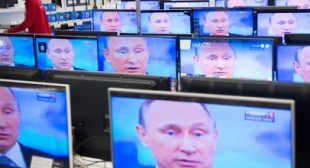 Last friday, most major media outlets touted a major story about Russian attempts to hack into U.S. voting systems, based exclusively on claims made by the Department of Homeland Security. “Russians attempted to hack elections systems in 21 states in the run-up to last year’s presidential election, officials said Friday,” began the USA Today story, similar to how most other outlets presented this extraordinary claim.

So what was wrong with this story? Just one small thing: it was false. The story began to fall apart yesterday when Associated Press reported that Wisconsin – one of the states included in the original report that, for obvious reasons, caused the most excitement – did not, in fact, have its election systems targeted by Russian hackers: