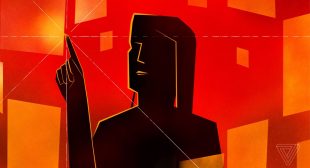 In cramped quarters at Russia’s Higher School of Economics, shared by four students and a cat, sat a server with 13 hard drives. The server hosted Sci-Hub, a website with over 64 million academic papers available for free to anybody in the world. It was the reason that, one day in June 2015, Alexandra Elbakyan, the student and programmer with a futurist streak and a love for neuroscience blogs, opened her email to a message from the world’s largest publisher: “YOU HAVE BEEN SUED.”

It wasn’t long before an administrator at Library Genesis, another pirate repository named in the lawsuit, emailed her about the announcement. “I remember when the administrator at LibGen sent me this news and said something like ‘Well, that’s… that’s a real problem.’ There’s no literal translation,” Elbakyan tells me in Russian. “It’s basically ‘That’s an ass.’ But it doesn’t translate perfectly into English. It’s more like ‘That’s fucked up. We’re fucked.’”