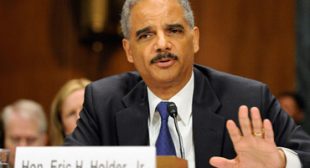 In the midst of an investigation being spearheaded by the House Oversight and Government Reform Committee, President Obama once more