Why Is President Obama Keeping a Journalist in Prison in Yemen? 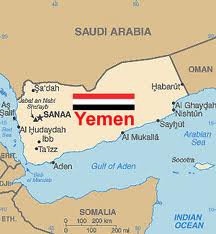 While Shaye, 35, had long been known as a brave, independent-minded journalist in Yemen, his collision course with the US government appears to have been set in December 2009. On December 17, the Yemeni government announced that it had conducted a series of strikes against an Al Qaeda training camp in the village of al Majala in Yemen