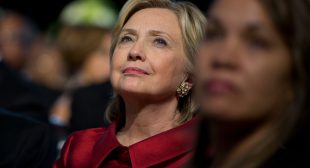 New Hampshire was a lost cause, and her team knew it. So instead of watching Clinton deliver a speech, members of her senior team huddled around a television in the room that served as a home base for campaign chairman John Podesta, manager Robby Mook, chief strategist Joel Benenson and communications director Jennifer Palmieri. They watched, in shock, as the man they had feared most as Republican nominee tanked under an assault designed to boot him from the GOP primary race.

By the end of the night, the narrative was set: Marco Rubio had just lost it all on the debate stage across town from that Radisson hotel room, stuck in a robotic delivery of canned lines under Chris Christie’s brutal cross-examination.