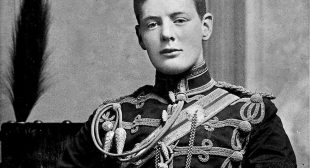 Churchill, as a liberal Tory, ought perhaps to have been alarmed by the rise of fascism in Europe. Yet he was overwhelmingly sanguine. He believed Mussolini to be a good ruler for Italy, and fascism a useful bulwark against Communism. His nationalism, militarism, and support for social order and tradition colored his interpretation of the emerging movement.

“With fascism as such . . . he had no quarrel,” the historian Paul Addison writes. “In February 1933 he praised Mussolini . . . as ‘the greatest lawgiver among men.’” Paul Mason adds that Churchill thanked Mussolini for having “rendered a service to the world” in his war against communism, trade unions, and the Left. Visiting Italy in 1927, he declared: “If I had been an Italian, I am sure I should have been wholeheartedly with you from the start to finish in your triumphant struggle against the bestial appetites and passions of Leninism.” He wrote of his “intimate and easy” relations with Mussolini, adding that “in the conflict between Fascism and Bolshevism, there was no doubt where my sympathies and convictions lay.”

In 1935, Churchill expressed his “admiration” for Hitler and “the courage, the perseverance, and the vital force which enabled him to . . . overcome all the . . . resistances which barred his path.” Addison explains that while Churchill didn’t approve of the Nazi regime’s persecution of the Jews, it was the “external ambitions of the Nazis, not their internal policies, that caused Churchill most alarm.”