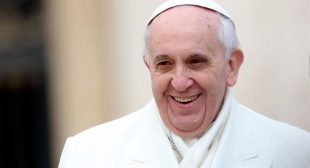 The theories of evolution and the Big Bang are real and God is not “a magician with a magic wand”, Pope Francis has declared. Speaking at the Pontifical Academy of Sciences, the Pope made comments which experts said put an end to the “pseudo theories” of creationism and intelligent design that some argue were encouraged by his predecessor, Benedict XVI.