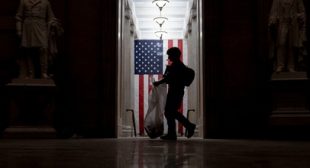 Mike German, the former FBI agent who infiltrated far right groups for investigation, said, “There needs to be a serious inquiry into the intelligence breakdowns and the tactical breakdowns that allowed the capital itself to be breached, particularly by people with weapons.” Adam Isacson, the D.C.-based director of the defense oversight program at the Washington Office on Latin America, linked the events to a broader politicization of law enforcement under Trump, reminiscent of the anti-democratic movements the U.S. has historically sponsored in countries around the world. “You don’t get to ransack the Capitol for hours, then calmly walk away, unless law enforcement and its command share your views,” he wrote. “What we saw yesterday was tacit approval of the rioters. Full stop.”