Saudi Crown Prince poised to take over as King: sources 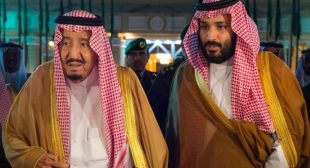 The latest speculation, to which we give substantial credence, is that the Crown Prince will top up his coup by having himself crowned King “in a matter of days,” according to our sources. Al-Arabiya, the Saudi-owned pan-Arab television news channel, posted on Twitter on Wednesday that the abdication may be imminent but then deleted the post.