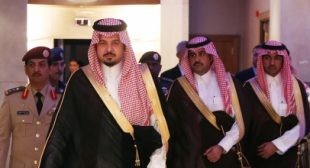 The NSA document provides a glimpse into how the war had evolved from its early stages of popular uprisings and repression. By the time of the March 2013 attack, arguably the most salient dynamic in the conflict was the foreign powers on both sides fueling what appeared to be a bloody, entrenched stalemate. The document points to how deeply these foreign powers would become involved in parts of the armed uprising, even choosing specific operations for their local allies to carry out.