Right-wing Supreme Court may be looking to deal ‘massive blow’ to freedom of the press: report 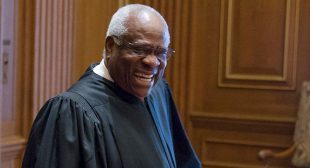 The U.S. Supreme Court may be on the brink of rolling back one of the most important free speech protections for journalists.

Donald Trump vowed to “open up those libel laws” as a candidate in 2016, and the court he stacked with three right-wing justices — one of whom, Neil Gorsuch, promised during his confirmation not to touch the 1964 precedent — may be ready to take another look at the landmark New York Times v. Sullivan ruling that made it extremely difficult for government officials to win libel suits, reported the New York Times.

“What started in 1964 with a decision to tolerate the occasional falsehood to ensure robust reporting by a comparative handful of print and broadcast outlets,” Gorsuch wrote last month in a dissenting opinion, “has evolved into an ironclad subsidy for the publication of falsehoods by means and on a scale previously unimaginable.”

A right-wing federal judge also agreed in a raging March dissent that undoing Sullivan protections would be difficult, but indicated it was necessary.