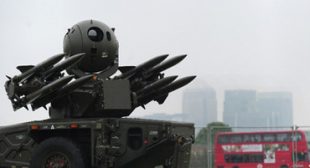 Residents in east London have threatened to form human barricades to prevent missiles being installed on the rooftops of their homes for the Olympic Games.

Six sites in east London have been earmarked for the deployment of Rapier and Starstreak missiles, each with a range of over three miles and capable of travelling at three times the speed of sound.