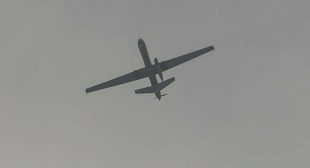 Unfortunately Biden’s withdrawal of U.S. troops from Afghanistan is substantially less meaningful when analyzed in light of his administration’s pledge to mount “over-the-horizon” attacks in that country from afar even though we won’t have troops on the ground.

“Our troops are not coming home. We need to be honest about that,” Rep. Tom Malinowski (D-New Jersey) said during congressional testimony by Secretary of State Antony Blinken earlier this month. “They are merely moving to other bases in the same region to conduct the same counterterrorism missions, including in Afghanistan.”