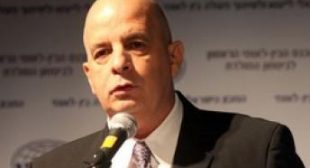 In a speech on Friday, Yuval Diskin, who retired as head of the Shin Bet, Israel’s domestic intelligence service, last year, spoke out strongly against Israeli Prime Minister Benjamin Netanyahu and Defense Minister Ehud Barak on the issue of Iran. Addressing the Majdi Forum in Kfar Saba, Diskin declared, “I have no faith in the prime minister, or in the defense minis