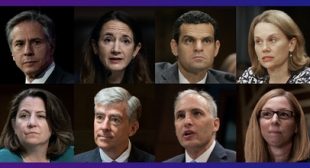 From its headquarters just blocks from the White House, a small, high-powered team of former ambassadors, lawyers, and Obama appointees has spent the past few years solving problems for the world’s biggest companies.

Less than six months into the Biden administration, more than 15 consultants from the firm WestExec Advisors have fanned out across the White House, its foreign policy apparatus, and its law enforcement institutions. Five, some of whom already have jobs with the administration, have been nominated for high-ranking posts, and four others served on the Biden-Harris transition team. Even by Washington standards, it’s a remarkable march through the revolving door, especially for a firm that only launched in 2017.