How Patrick Buchanan’s 1992 campaign became the blueprint for Trumpism: conservative 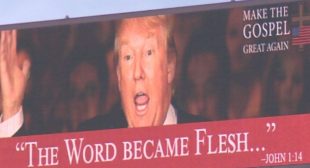 When Donald Trump defeated all of the other Republican candidates in the 2016 GOP presidential primary and went on to defeat Democratic nominee Hillary Clinton in the general election — even though he lost the popular vote — one of the people who was celebrating was paleoconservative Patrick Buchanan, who realized that Trumpism was Buchananism. This week in an in-depth essay for The Bulwark, Never Trump conservative Brian Stewart examines Buchanan’s influence on Trumpism, which has replaced Reaganism as the dominant philosophy of the Republican Party. And Stewart argues that Trump has, in essence, turned the party of Ronald Reagan into the party of Patrick Buchanan.