‘From drug cartels and human traffickers to Russian oligarchs and African kleptocrats’: How America became the #1 choice for money-laundering 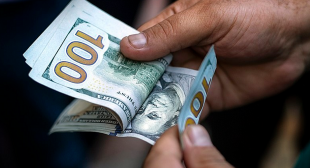 Money laundering has long been a major issue in the United States but over the last several years, the evolution of technology has made the laundering threat far worse.

Last fall, BuzzFeed News and the International Consortium of Investigative Journalists released a groundbreaking expose highlighting banks’ reporting of suspicious transactions that amounted to more than $2 trillion from 1999 to 2017, according to The New Republic. Those complaints were reportedly forwarded to the Financial Crimes Enforcement Network (FinCEN), a small entity within the U.S. Department of the Treasury that is comprised of only 300 employees.