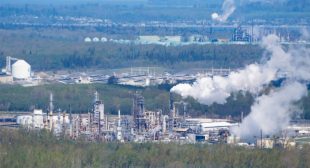 In a move that comes as wildfires ravage the Western United States and could serve as a model for communities nationwide, the Whatcom County Council in Washington voted unanimously on Tuesday night to approve new policies aimed at halting local fossil fuel expansion.

“For too long, the fossil fuel industry has been allowed to cloak its infrastructure and expansion projects in an air of inevitability,” said Matt Krogh, director of Stand.earth’s SAFE Cities Campaign. “It has used this to diminish local communities’ concerns and then dismiss or ignore their voices. Whatcom County’s new, permanent policy is a clear signal that those days are over.”