Furious Trump demanded leaker who revealed he fled to his bunker during protests be executed: report 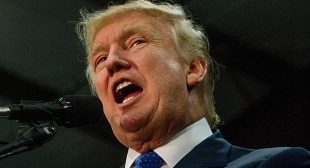 According to Wall Street Journal reporter Michael Bender’s bombshell book, “Frankly, We Did Win This Election: The Inside Story of How Trump Lost, a furious Donald Trump demanded that officials in his government find out who leaked the story that he fled to his bunker during the George Floyd protests in D.C. and wanted them tried for treason and then executed.

As the report notes, Trump, his wife Melania and son Barron were escorted to the bunker — news of which quickly made it to the press, which caused the president to blow up.