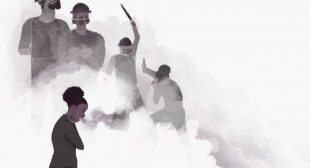 The hexachloroethane smoke that police used against protesters can cause vomiting, respiratory distress and even death.

BLM protesters were no strangers to tear gas and smoke — after all, the Portland Police had gassed them many times since the George Floyd protests began in late May. But once the feds arrived, protesters knew almost immediately that something was different. People reported new, strange effects that lasted days or weeks after exposure. “I puked. All night,” Gregory McKelvey, activist and campaign manager for Portland mayoral candidate Sarah Iannarone, tweeted on July 26. “This gas feels different and sneaks up on you.” Other protesters and journalists on the ground reported similar bouts of nausea and vomiting, along with loss of appetite, hair loss and a burning sensation that lasted days after exposure.