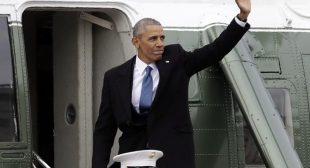 As the Left and some Republicans lose their minds over President Donald J. Trump’s executive order on immigration, let’s not forget that the list of concerned countries that the Trump administration outlined in the order is based on the one signed into law by the former Obama administration. So, it looks like the Obama White House set the groundwork