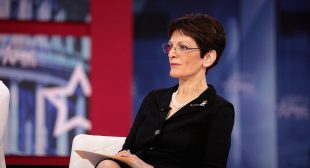 Six months after the 2020 presidential election, former President Donald Trump and many of his supporters continue to push the debunked conspiracy theory that the election was stolen from him when in fact, President Joe Biden won 306 electoral votes and defeated Trump by more than 7 million in the popular vote. Veteran conservative columnist/author Mona Charen, a Never Trumper who worked in the Reagan White House during the 1980s and endorsed Biden in 2020, warns that trying to steal elections is a reality in the 2020s — although it’s Republicans, not Democrats, who are doing it. And Charen, in an article published by The Bulwark on May 11, expresses fear that Republicans may try to steal the 2024 presidential election if they don’t like the outcome.