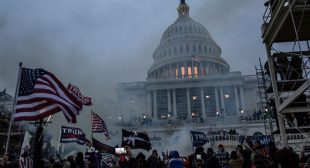 When the Senate reconvened at 8 p.m., and the House of Representatives an hour later, the proceedings — including the objection debates — continued, although some lawmakers who had previously planned to vote with the objectors stood down following the occupation of the Capitol. Plans to challenge a number of states after Arizona were scrapped, as well — but one other objection, to Pennsylvania’s results, also advanced to a vote. Here are the eight senators and 139 representatives who voted to sustain one or both objections.