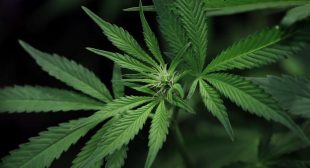 Senate Democrats, including Majority Leader Chuck Schumer (D-New York), are set to introduce a bill on Wednesday that would decriminalize marijuana at the federal level. The bill also attempts to remedy the harms done to those negatively impacted — disproportionately represented by people of color — by the prohibition of the drug over the decades.

The 163-page bill, which is also sponsored by Senators Ron Wyden (D-Oregon) and Cory Booker (D-New Jersey), would call for bringing “common sense to the federal government” when it comes to cannabis, to “end prohibition and restore the lives of those hurt most and set them up for opportunity.”