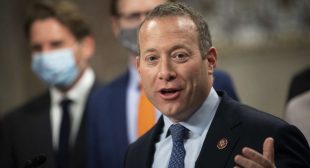 New investigations by The Intercept have revealed that the group of Democrats who have been trying to obstruct the $3.5 trillion reconciliation bill have ties to billionaire-funded dark money group No Labels, which offered two representatives in the group hundreds of thousands of dollars to advance their agenda.

The group of conservative Democrats who were dead set on obstructing the Democratic leadership’s plan to ensure that the $3.5 trillion reconciliation bill was passed through Congress offered one reason for their campaign: they simply wanted to ensure that the bipartisan infrastructure bill was seen as a win for President Joe Biden, they said.