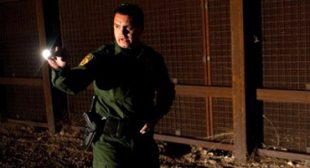 A new video shows Anastacio Hernadez-Rojas lying on the ground in the fetal position, circled by at least a dozen federal agents as one repeatedly shocks him with an electric stun gun.

The video was shot by a passer-by and was obtained by the lawyer for the Hernandez-Rojas family as they push on with their wrongful death suit against the US government.